Shortly after the fighting, at 9 am, the LIB 519 troops came down to the nearby village of Wan Mong Ake, Phai Khe village tract — a Shan village with 35 households — and interrogated the village-head, Loong Nandia, aged 55, about the Shan troops and accused him of providing food to them. They then called the headman and his son, Sai Pee, aged 25, to the fighting area and released Sai Pee, but forced Loong Nandia to guide them while patrolling in search of Shan troops in the jungle. The headman had to stay with them in the jungle for two nights until March 28, when he was released. However, he was then forced to drive them in his car around the villages of Ho Pang and Na Pa Gao every day until early April.

The Burma Army troops told the headman he must not provide food to armed groups who had signed the NCA, saying: “The Shan troops must stay at Mong Hta (near the Thai border), and not around here. If the Shan troops come around here again, you must inform us on time. If you fail to do so, and we find out you have provided food to Shan troops, you will be in trouble.”

A few days after the fighting, Colonel Aung Thaik, the tactical operations commander from Mong Ton, together with 300 troops went on patrol around Wan Mong Ake searching for Shan troops, in the area of Pang Kaeng, Ho Pang, Na Pa Gao, Mae Kaen, Mawkjali, Loi Nawk and Huay Hsai Lai villages. Some small groups of soldiers have been posted around road intersections. The patrolling has continued until today.

From April 9 to 11, villagers living around Loi Nawk, southeast of Mong Ton town were warned to stay away from the jungle by the Burma Army, who fired shells into that area. 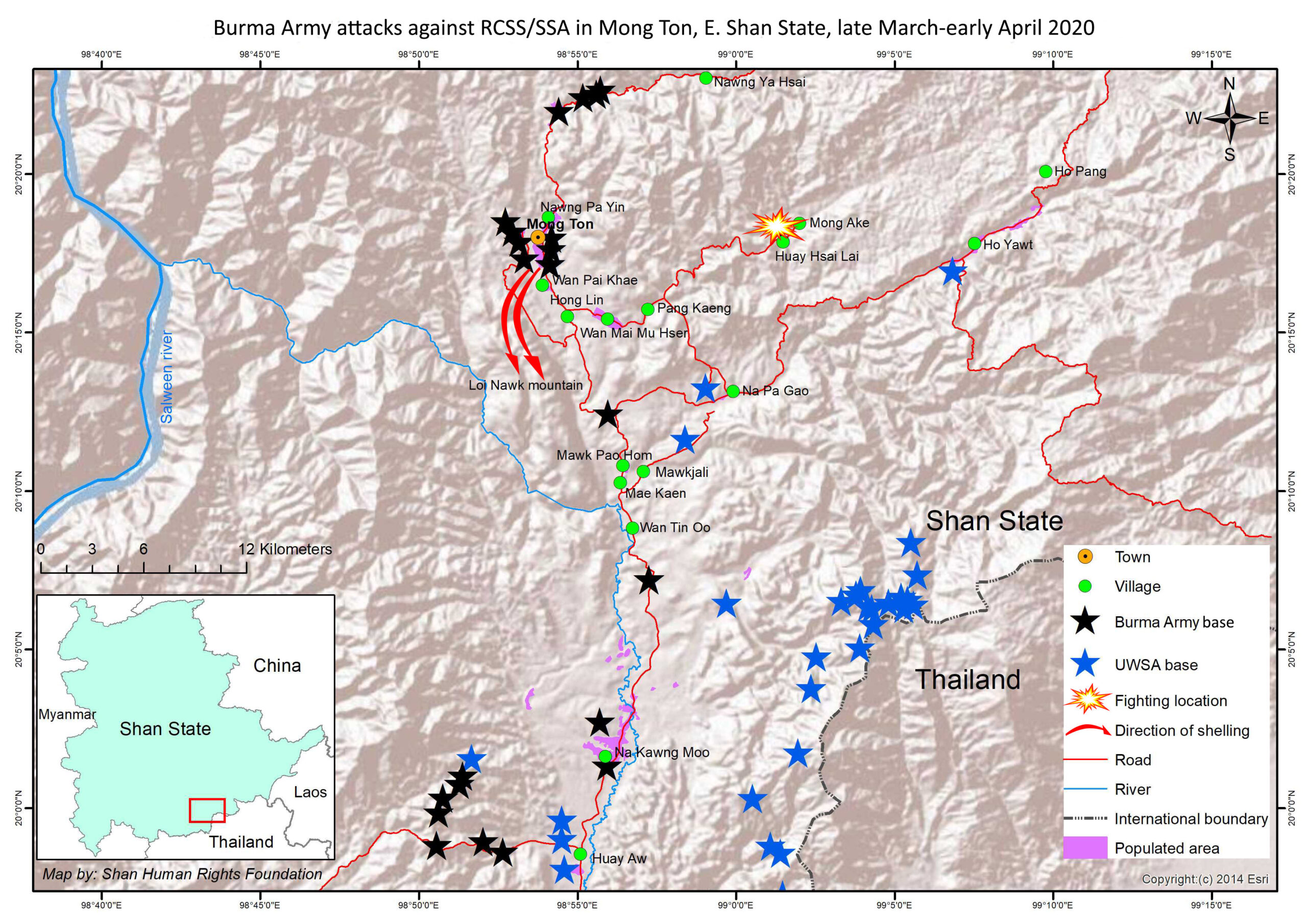 The Burma Army soldiers at Loi Don then ordered the villagers of Wan Long Jarm to provide 6 vehicles to take the military rations up to the Loi Don base at 10:30 am. Six villagers were forced to upload the rations and drive them up the mountain. These six villagers were: Loong Nay, Loong Nandaw, Loong Htay, Loong Yanna, Loong Kondra and Loong Aw.

After this, the Burma Army troops from Ke See continued in the direction of Pang Ke Tu with their vehicles.